About the Burial Park

The story of Gunton Woodland Burial Park started in 1963 when Georgiana Fosbery, a descendant of the Fowler family of Old Gunton Hall, made a generous gift of land to Gunton Saint Peter’s Church. The intention of the gift was to provide the Church with a regular annual income to fund its work in the community. 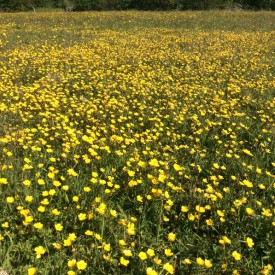 This gift included a 33-acre arable field and a small parcel of adjacent woodland. Initially, the Church raised an annual income by renting out the field to a local farmer and left the mixed woodland open for the public to enjoy.

This arrangement worked well until 2009 when the field was threatened by the imposition of a compulsory purchase order. Although this threat soon passed it raised awareness of the need to find a more reliable way of providing the income needed by the Church.

The Church considered a number of possible options for the field and the idea of a woodland burial park was born and the Church Field Group, set up to explore the possibility of bringing the idea to fruition. To ensure that the land was suitable for burials a lengthy environmental survey focusing on the water table was conducted over a period of 18 months. An archaeological survey to ensure the site was of no national significance also had to be undertaken. On successful completion of these surveys planning approval was granted for the development of a Woodland Burial Park on April 3rd 2013.

The Park is now leased for 250 years to the Gunton Woodland Burial Trust. The Trust is an independent non-profit making charity and is registered with the Charity Commissioners as a Charitable Incorporated Organisation. The main aim of the charity is to develop Gunton Woodland Burial Park in an environmentally sensitive manner.

The Burial Park opened to the public on 1st January 2016. Before its opening 7,000 British native trees were planted by local volunteers and five glades were formed in which the burials take place. Wildflowers are being progressively planted in the glades. These plants have been specially selected to provide habitat cover and the food sources needed to attract a variety of wildlife into the Park.

As the glades mature they will become calm tranquil spaces, surrounded by trees. Benches are positioned in glades on which visitors can sit and reflect. 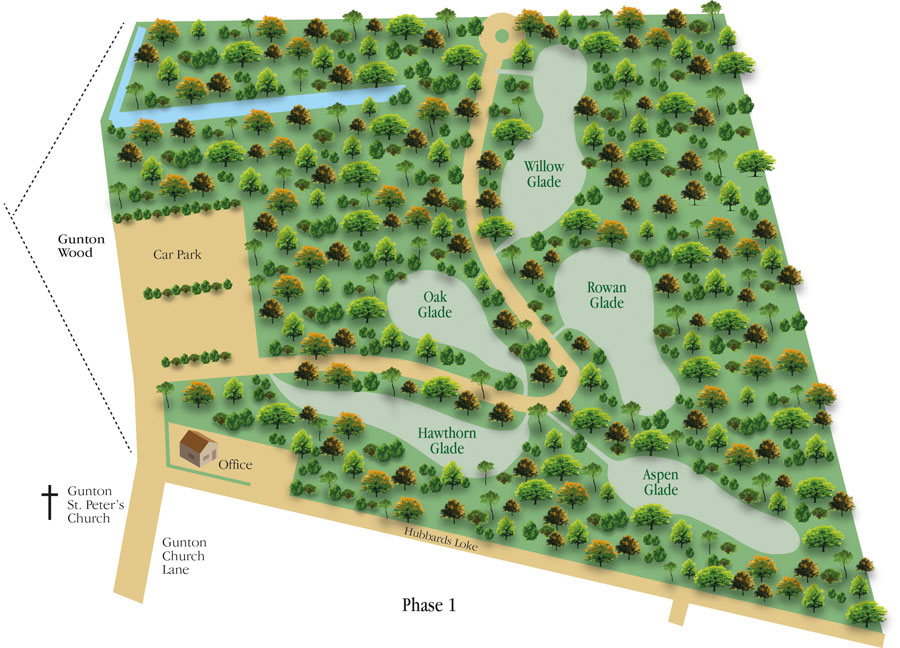